This report describes the activities of Wikimedia District of Columbia from January 1, 2015 through March 31, 2015. 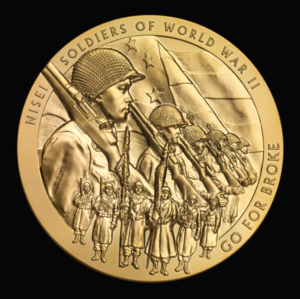 Wikimedia DC held ten editing events this quarter, including three with the Smithsonian Institution and seven with other partner organizations. These events included:

The National Museum of American History Edit-a-Thon was held with Professor Andrew Lih's class at American University and featured 21 participants who made 80 edits to 15 articles, including Japanese American Nisei Congressional Gold Medal, Internment of Japanese Americans, and Borinqueneers Congressional Gold Medal. Participants also uploaded six files to Wikimedia Commons. Professor Lih's class also participated in the American Art Edit-a-Thon on February 24, where 17 participants made 61 edits to 13 articles on various artists and uploaded 13 photographs of artwork to Wikimedia Commons. In total, 36,723 bytes of content were added or removed during the two events.

Wikimedia DC held three editing events in February in honor of Black History Month. During the Howard University Black History Edit-a-Thon, nine participants made 13 edits to five articles, including Charles Henry Thompson, Farish Street Neighborhood Historic District, and List of Howard University people. Significantly, a list of 13 missing articles was generated during the event; this list can be used to support future events and editing activity on Wikipedia. We also held an event with the White House Office of Science and Technology Policy, where nine participants made 36 edits to 11 articles, and with NPR as part of our "first edit" event series, where ten people made nine edits to six articles. During these three events, 29,222 bytes of content were added or removed.

Our third annual Women in the Arts event was part of the global Art+Feminism initiative, for which Wikimedia DC was the fiscal sponsor. At this event, held at the National Museum of Women in the Arts, 16 participants made 117 edits to 39 articles, including Marguerite Gérard, Judy Pfaff, Ximena Zomosa, and A.L. Steiner. In total, 37,124 bytes of content were added or removed.

The first-ever edit-a-thon at the National Institutes of Health was focused on women in science, and was one of our most productive events. 30 participants made 225 edits to 44 articles, and 37 images of women scientists were uploaded to Wikimedia Commons. 130,926 bytes of textual content were added or removed during the event.

In total, during the quarter, 100 people participated in editing events, including 22 people who participated in two or more events. Of the 100 participants, 50 were newcomers at Wikimedia DC events. The participants made a total of 762 edits to 218 Wikipedia articles, corresponding to 326,505 bytes of content added or removed, and uploaded 60 files to Wikimedia Commons.

In addition to its editing events, Wikimedia DC participated in the ArtBytes hackathon on February 6–8, where we promoted Wikidata in the use of hacking projects. Wikimedia DC also implemented a fixed schedule for WikiSalons and social meetups for the remained of the year, with WikiSalons held on the second Wednesday of each month and dinner meetups on the last Saturday of the month. The WikiSalons for this quarter were held on January 14, February 11, and March 11, and the dinner meetups were held on January 31, February 28, and March 28.

During the quarter, Wikimedia DC received four grant applications that requested a total amount of $2,012.41, and distributed $1,438.12 in grant funding as a result. Projects funded through these grants include:

The Board of Directors held one meeting during the quarter, on February 15, and adopted revisions to the Safe Space Policy, the Movement Accountability Policy, and the Advisory Committee Policy.