This is the final text of the Public Policy Committee's letter to the California Senate Committee on the Judiciary.
The PDF version actually submitted is here.
For further background see posts from EFF and WMF

We wish to express our opposition to the current version of A.B. 2880, the state intellectual property bill currently under consideration by the California Senate. While the bill as recently amended purports to explicitly place California government works into the public domain, we believe that the exception for works that state agencies determine to have “commercial value” is too broad, and could be used to indiscriminately withhold large numbers of works that would otherwise be available for public reuse. Under current law, most works of California state employees are in the public domain and free of copyright restrictions, mirroring the situation with U.S. federal government works, neither of which contain any provision for a “commercial value” exception.

Wikimedia District of Columbia is the official Wikimedia chapter serving Maryland, Virginia, Delaware, West Virginia, and the District of Columbia. We are a 501(c)(3) public charity dedicated to the advancement of general knowledge and the collection, development, and dissemination of educational content under a free license or in the public domain. We hold events, including training sessions and edit-a-thons, in collaboration with cultural, academic, and governmental institutions, where experienced Wikipedians and newcomers come together to share their knowledge with the rest of the world through Wikipedia, the world's most widely visited not-for-profit website. We are an all-volunteer organization.

Wikimedia projects have long used public-domain and freely licensed works to support the Wikimedia movement’s educational mission, to create “a world in which every single human being can freely share in the sum of all knowledge.” This includes using textual and visual media as part of encyclopedia articles, and making them available for reuse by others. The passage of A.B. 2880 would have substantive negative effects on this mission, as potentially large numbers of new California state government works could be held back from the public domain and could no longer be used to illustrate Wikipedia articles, and would not be available for unrestricted reuse. Additionally, if the bill is interpreted to retroactively allow copyright claims on previously published works, over 1,100 images currently hosted on Wikimedia projects may be subject to removal. Examples of public-domain California government work currently used to enhance Wikipedia articles include: 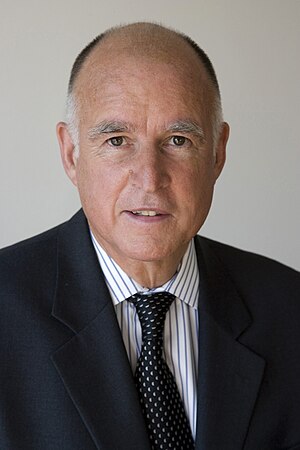 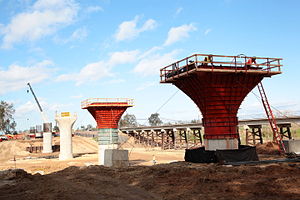 Construction of the Fresno River Viaduct 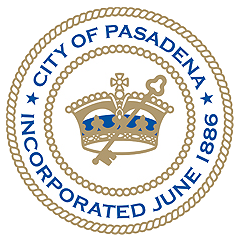 Beyond the practical effects of removing works from the public domain, we feel strongly that that works funded by the public should be available for public use, including transformative reuses that contribute to both the economy and cultural discourse. Any exceptions should be narrow and clearly defined. The concept of “commercial value” is so broad that it could be applied arbitrarily to almost any photograph or other work, and it is possible that few or no works will enter the public domain as a result of this legislation. Even the exception for trademark interests could potentially be applied to any document that simply bears a state logo. This contrasts with the current situation where nearly all state government works enter the public domain, with few exceptions. Furthermore, the need to check all California government works against a registry presents an extra burden on our contributors, especially if the registry is difficult to access or search.

We oppose the bill as currently written. These are intricate issues with broad impact, and we strongly urge that the time be taken for a discourse with stakeholders to craft a bill that truly confirms and strengthens the public domain status of California government works, rather than allowing arbitrary withdrawal of new and potentially existing works from the possibility of public reuse.