This is a draft of the Public Policy Committee's guidance to our colleague who will be panelist at the Orphan Works and Mass Digitization for the U. S. Copyright Office workshop on March 10–11, 2014. We may in the future make a report to the Board of Directors which can authorize a public statement on the matter. 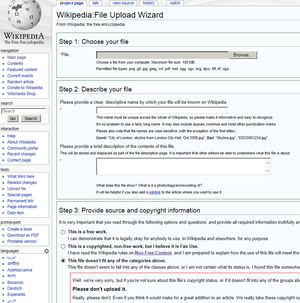 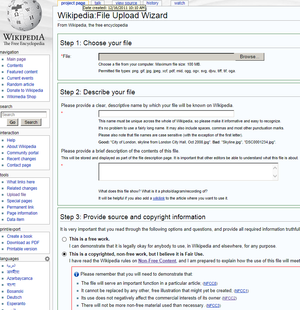 Background on Wikimedia and its uses of works

The Wikimedia community is dedicated to creating "a world in which every single human being can freely share in the sum of all knowledge" through its educational projects such as Wikipedia, Wikimedia Commons, and Wikisource. Wikipedia is the fifth most visited website on the Internet, and the largest reference work ever assembled, with 20 million articles over 285 language editions. Wikimedia Commons is a media file repository making available public domain and freely-licensed educational media content, currently containing over 20 million images, sound, and video clips. Wikisource is an online digital library of free content textual sources; English Wikisource alone has over 300,000 texts. As Wikipedia's content is available under a free content license, it is freely available to be seen and used by anyone in the world. We emphasize that the content in these projects is created and maintained not by paid archivists, but by volunteers from around the world and from all walks of life who contribute by editing and uploading files to our wikis on the Internet.

Wikimedia projects have long used public domain and freely licensed works to support our educational mission. These uses include using text and visual media as part of encyclopedia articles, and making them available for reuse by others. However, very few works first published after 1922 are in the public domain, while those that are are usually due to technicalities that are often are hard to verify. Wikimedia projects also use user-provided content granted under a free license such as Creative Commons or GFDL, but these are almost all of very recent vintage. There is this a very large gap where there are very few items that are available for use in Wikimedia's projects, a situation that is a serious setback for our educational mission.

We would very much benefit from legislation that would allow us to use orphan works is a way that imposes a minimal burden on our many volunteers. Simple and clear guidelines for what threshold must be met for a diligent search would reduce uncertainty about when orphan works can be uploaded. Imposing extra technicalities such as requiring users of orphan works to register or pay an escrow fee would make it difficult or impossible for Wikimedia projects to host these works. Limiting monetary liability for non-profit publishers of orphan works would likely be a necessary provision, and it would be important that wiki-based projects like the Wikimedia Foundation be included in the list of exempted organizations along with libraries, archives, and museums.

Wikimedia projects cannot currently use orphan works, except when they also would qualify for "fair use." One of the constraints on works used in a fair-use context is that they are available only for English-language projects. Where possible we use images and other works that are in the public domain globally; this helps serve readers of languages with less Web content. Some of those readers are Americans. (is it correct to say that "fair use" does not apply to native american languages? peter to check with Kristin)