Difference between revisions of "John Sadowski" 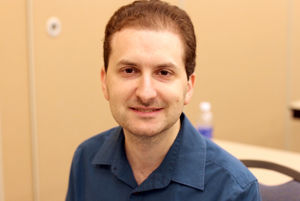 John P. Sadowski, PhD is a chemist specializing in DNA nanotechnology research. He joined the board of Wikimedia DC in September 2014 and became Treasurer in October 2016. His activities with Wikimedia DC have included organizing edit-a-thons with professional scientific societies, as well as coordinating the chapter's positions on public policy topics such as orphan works reform and the public domain status of California state government works. He contributes to Wikipedia mainly on the topics of nanotechnology, biophysics, science policy, and budgetary policy.