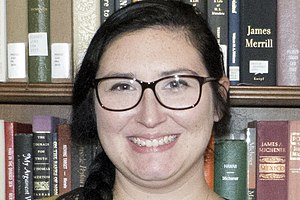 Kelly Doyle is the Wikimedia Community Manager for mySociety, UK-based charity which focuses on providing online tools to increase democratic participation. For two years she served as the Wikipedian in Residence for Gender Equity at West Virginia University, where she led a pioneering effort to engage campus groups and institutions in increasing representation of women and gender issues on Wikipedia. She joined the Board in 2017.