Difference between revisions of "Rosie Stephenson-Goodknight" 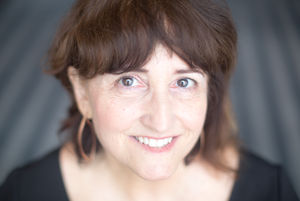 Rosie Stephenson-Goodknight (Rosiestep) has been a Wikipedia editor since 2007 and an administrator since 2009. With 100,000+ edits, she has created more than 4,000 new articles, with concentrations in geography, architecture, and women’s biographies. More than 1,200 of the articles she has worked on have appeared in the “Did You Know?” section of the English Wikipedia’s main page. She is the founder of WikiProject Women writers, and the co-founder of WikiProject Women, WikiProject Women in Red, the WikiWomen’s User Group, and WikiConference North America user group. She has spoken at Wikimania and WikiConference USA on the content gender gap, is a member of the Wikimedia Foundation's Affiliations Committee, and is an active community organizer. She was named Volunteer of the Year by Wikimedia DC in 2015 and Wikipedian of the Year in 2016.

Ms. Stephenson was employed by DaVita HealthCare Partners, managing government contracts and talent acquisition. She holds a BS degree in Health Services Management and an MBA from California State University, San Marcos. She lives in California.