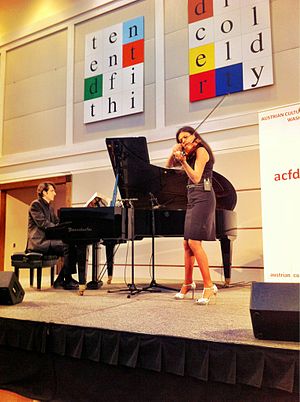 The Wikimedia movement spans across national borders, and Wikimedia DC works with embassies and international organizations in Washington to promote our mission around the world.

In April 2012, Wikimedia DC partnered with the Washington European Society and the Estonian Embassy in Washington to present the first of its embassy outreach events. The event, entitled Internet Freedom & Open Government: An International Conversation, featured a panel discussion with Danny Weitzner, Deputy CTO for Internet Policy at the White House Office of Science & Technology Policy; Chairman Marko Mihkelson, Chairman of the Foreign Affairs Committee of the Estonian Parliament; Ian Schuler, Senior Manager for Internet Freedom Programs at the Department of State; and Rebecca MacKinnon, Bernard L. Schwartz senior fellow at the New America Foundation and a member of the Wikimedia Foundation Advisory Board. Adam Kushner, Deputy Editor of the National Journal, moderated the discussion.

In July 2012, Wikimedia DC partnered with the Austrian Cultural Forum Washington to present From Mozart to Michael Jackson, a cultural event at the Austrian Embassy in Washington. Speaking at the event, Wikimedia DC President Nicholas Bashour told the attendees that the event was only the tip of the iceberg, and that Wikimedia DC was actively looking for more opportunities to reach out to an international audience. 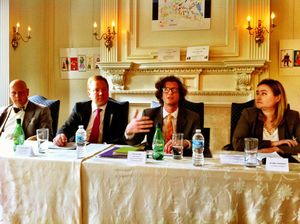